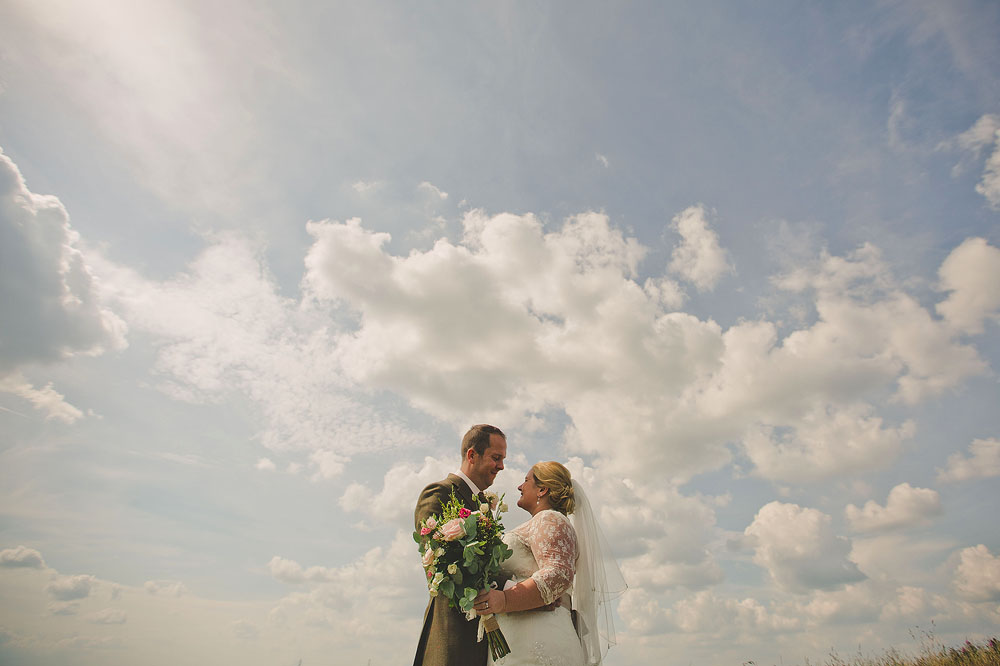 In the summer of 2014 Laura and Paul from Albion Farm in Saddleworth got married and I had the pleasure of being their wedding photographer.  This was such an amazing wedding, it had everything!  Laura and Paul converted their own cow barn into a wedding venue.  I went up to Albion Farm for a look before the wedding and it simply was a big cow shed and the transformation was unreal!  The amount of details at this wedding was amazing, the barn was full, in every nook and cranny there was something else to look at, ride on, eat, photograph.  But I’m getting ahead of myself, I’ll come back to that later.  The day started at the farm house where Laura was getting ready with her bridesmaids and parents.  There was a little bit of crisis as the woman who was coming to put Laura in her dress was very late but she arrived with minutes to spare.

Paul met the guests at the Royal Oak Heights pub which dates back to 1767 and is located next to the church in the hills overlooking Delph.  He arrived in a Land Rover with a bull’s head on top wearing a sombrero (the bull not Paul).  The Church isn’t in use any more and no one had been married there since the 1950s!  The archbishop of Canterbury had to give them permission to get married there and building lights had to be put in to light it! Laura is a member of Milnrow Brass band and has appeared on TV with them.  I’ve never really had much experience of brass bands to be honest but as I was walking over the Church grounds at the top of the hills overlooking the valley and I could hear the sound of the brass band playing in the church I was really blown away, it was truly beautiful.  Laura and her dad and bridesmaids arrived in two convertible Morris Miners and then the ceremony began, it was perfect.  We then left the Church and took a few photos overlooking the valley and then everyone went back to the pub for a bit before heading back to Albion Farm.

So I’ll just rattle through a few of the details… Photobooth was an old tractor covered in props, bucking bronco sheep, ice cream trailer, umpah band, german drinking band, polaroid camera, a million different signs, farm cocktails and then there’s the food!  Albion Farm has it’s own award winning farm shop and so the food was the best I’ve seen at a wedding.  The buffet went on for miles and the wedding cake was a pie!  The most amazing pie I’ve ever seen!  The table details were also stunning, there was just too much to remember!  I also witnessed the strangest thing I’ve ever seen at a wedding, Laura onstage with the German drinking band playing a Henry Hoover like it was a brass instrument and she actually got a tune out of it!

We were treated by Paul the groom to an off road experience across the farmland in their little 4×4 farm thing that was a lot of fun but pretty scary.  There were so many things that happened at the wedding and that’s why I ended up delivering almost a thousand photos and making this extra long blog post.  It is one of the best weddings I’ve ever shot, I’m sure I’ll never shoot another like it!  Congratulations Laura and Paul x